One man has been found dead and another caught flashing at children after a drug injection room opened next door to a suburban Melbourne primary school.

And a mother-of-two has revealed how she has to run a gauntlet of drug users and pools of vomit and blood whenever she picks up her children.

Now a catalogue of shocking incidents around the school has been revealed, including a couple appearing to have sex on the school grounds and the school being put into emergency lockdown twice within a week.

Another man was caught with drugs on school grounds, while one man tried to force his way inside the school, then circled threateningly outside after he was kicked out.

Local mum Elena Markushina admits she’s terrified just taking her two sons Roman, 11, and Max, 9, to and from the school, which has since beefed up its security.

‘I couldn’t believe it when they said they were putting it there,’ she told Daily Mail Australia.

‘They are exposing primary school children who are very young and very vulnerable to this kind of thing. You don’t know what they are going to see now.’ 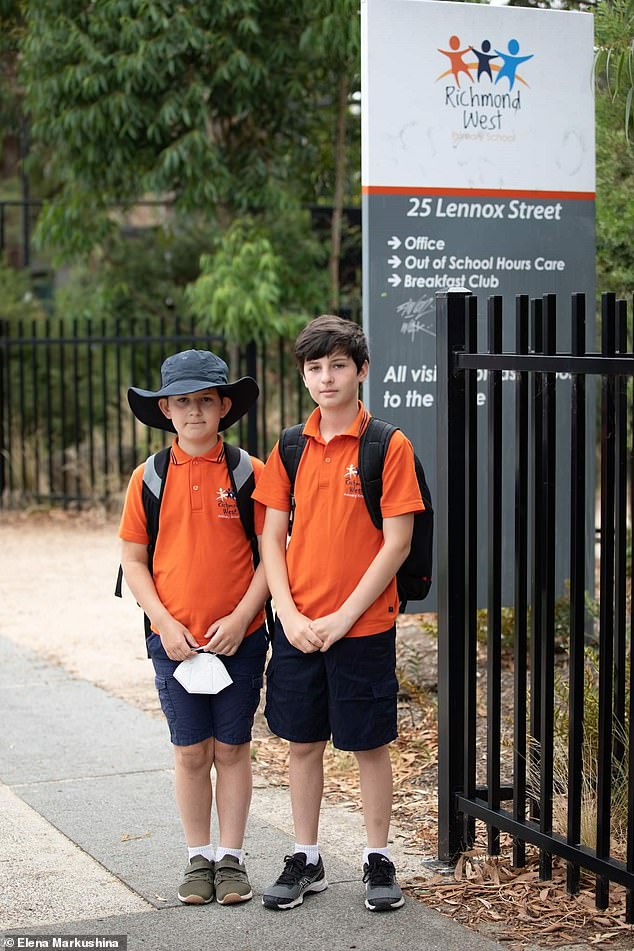 Local mum Elena Markushina admits she’s terrified just taking her two sons Roman, 11, and Max, 9, (pictured) to and from the school, which has since beefed up its security

She says she has to walk past the nearby car park on the way to school and it is littered with drug users injecting themselves and fighting with each other.

And on the way back the paralegal and law graduate has to push past a pack of intimidating drug addicts crowding outside the injection room.

Ms Markushina says the arrival of the drug injection room in 2018 has traumatised her, leaving her constantly anxious and on edge.

‘My child is autistic – he doesn’t always understand what is going on around him or follow instructions,’ she admitted. ‘It’s scary. Very scary for kids.

‘But I can’t show any fear because they are very sensitive to that and will get upset if I’m upset.

‘So I have to pretend this is all fine, this is all cool as junkies shoot up with all the needles and blood and vomit and all this crap around.

‘But this is not normal. These people are shady characters, they’re unpredictable.

‘They make me feel very uncomfortable – they might well be nice but they look strange and I don’t know what to expect from them.’ 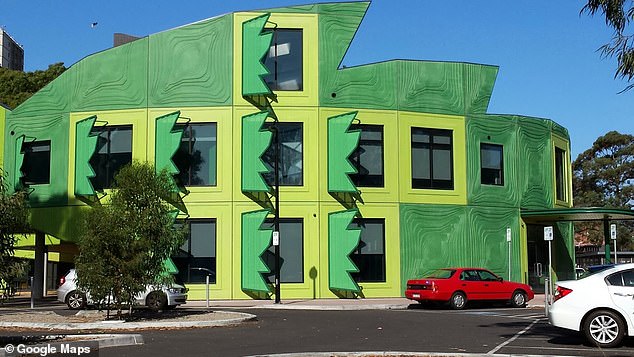 She lives in fear of her children injuring themselves from discarded syringes or being attacked by a desperate junkie during their twice daily trips.

‘You can’t have your husband with you all the time,’ she said. ‘And my youngest child used to like to pick up sticks – I’m terrified he will pick up a syringe instead,

‘I can’t watch him every second.’

The Russian-born immigrant says she now can’t face returning to the local health centre attached to the drug injecting room.

‘It used to be so nice and inviting and sparkling clean with a great atmosphere, but not any more,’ she says. ‘I’ll need to be dead before I go back there now.

She says the school did not oppose the location of the injection room when it was first proposed, despite the fears of parents.

But Ms Markushina insists she does not want it closed down – just moved somewhere more appropriate. 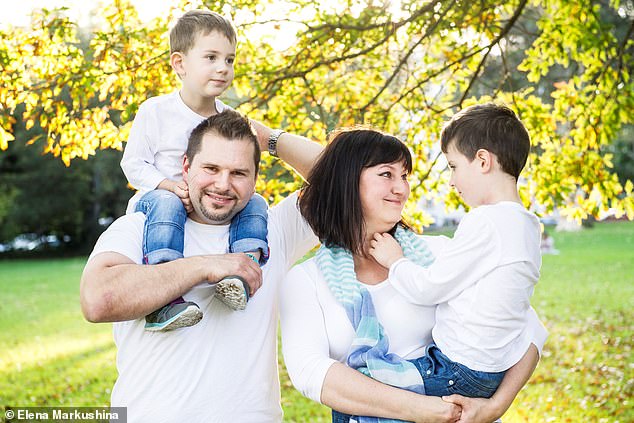 Russian-born immigrant Elena Markushina, pictured here with children Max (left) and Roman and husband Kon, says taking her kids to and from school is threatening and stressful now

‘Before it opened, we would have junkies trying to break into the laundry in our housing commission block and we would find them shooting up inside,’ she said.

‘That sort of thing has now stopped since the injection room opened. We want its work to continue – but just somewhere more sensible than beside a school.’

Victoria Police said they had mounted high profile policing in the area and a recent three-day special operation to target drug-related crime in the area, resulting in 20 arrests for crimes ranging from heroin trafficking, armed robbery, theft and drug possession.

A spokesman added: ‘Any incident of criminal activity, including people exposing themselves or taking drugs in public, is a concern to Victoria Police.

‘Everyone in the community deserves to go about their daily lives without being subjected to crime, especially children.

Welcome to Online Traffic Education, the Leader in online driving courses. We are fully licensed with the State, Department of Motor Vehicles (DMV) and accepted in all Courthouses. We offer Traffic school, defensive driving courses and more. Online Traffic School licensed by the state, DMV and courthouse. LIC E0463 We are the preferred choice for online traffic school, defensive driving and drivers education. Enroll in an accredited course for ticket dismissal. Course available 24/7.

We use cookies on our website to give you the most relevant experience by remembering your preferences and repeat visits. By clicking “Accept All”, you consent to the use of ALL the cookies. However, you may visit "Cookie Settings" to provide a controlled consent.
Cookie SettingsAccept All
Manage consent